The Catholic Charities community is saddened by the loss of a dear friend, Mary Anne Clancy. She is being remembered as a stalwart supporter of Catholic Charities, having served as chair of the Board of Directors and the 1993 gala, and as a member of the advisory board of the SHARE Food Network. Most recently, she and her husband, Pat, were honorary chairs for the capital campaign. 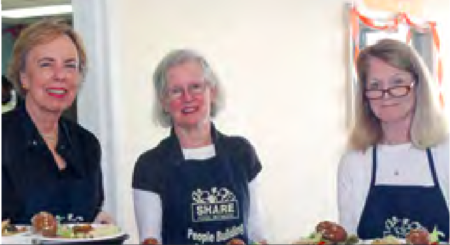 By her many volunteer actions, she inspired others, including her children and grandchildren, to become involved with Catholic Charities.

Mary Anne was warm and caring to all, and she will be missed greatly.

We at Catholic Charities extend our sympathy and prayers to Pat and the rest of her family.

While it is a time of sorrow, we also rejoice in Mary Anne’s legacy. The Clancy family was honored in this article in the 2018 Catholic Charities Annual Report:

For the Clancy Family, It’s About More than Catholic Charities

At the heart of Catholic faith is loving God and loving your neighbor, and that means having a certain responsibility to those who are poor, not in good health, or otherwise in need.

It is this long-held belief that made it only natural for the Clancy family to get involved with Catholic Charities. 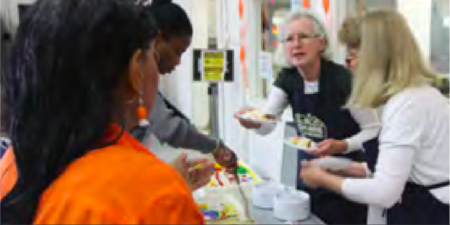 The family knew several priests, who introduced Pat and Mary Anne to Catholic Charities. Their first touch point was attending a gala. And for a while that was their only connection, but then Mary Anne decided to take their participation up a notch. The couple chaired the 1993 Annual Gala. Next, Mary Anne served on the Board of Directors from 1995 to 2000 and was chair for the last two years of her term. Pat was the founding chairman of the Catholic Charities Foundation, beginning in 2002, and remained on that board or the board of Catholic Charities until 2017.

In 2002, Mary Anne joined the advisory board of the SHARE Food Network and she soon began volunteering with the SHARE Food Network. For years, she and one or more of her grandchildren would routinely volunteer to help package food for distribution. Mary Anne was leading by a hands-on example, but her grandchildren were not influenced only by her – their parents also give.

About a decade ago, Michael and Haven Clancy privately set up a foundation that collects blankets, socks, toiletries and other necessities to deliver to the homeless in the District. They were so private about it that they had been doing it for several years before their parents even found out. Michael was inspired by his children going to SHARE with their grandmother and wanted to do something to continue this legacy.

For the Clancy family, giving back is simply a part of who they are. Passing along through generations the blessings that come from giving back, they are called by the teachings of Jesus to take care of people. 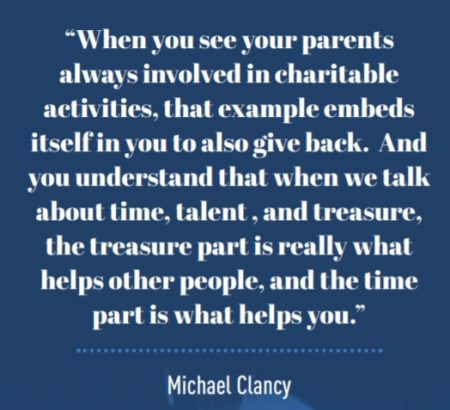