While serving food at a Catholic Charities breakfast for the homeless, Marcia Shooshan met a man named Jeffrey. He appeared to have vitiligo, a condition that leads to white patches on the skin from the loss of the body’s natural pigment. 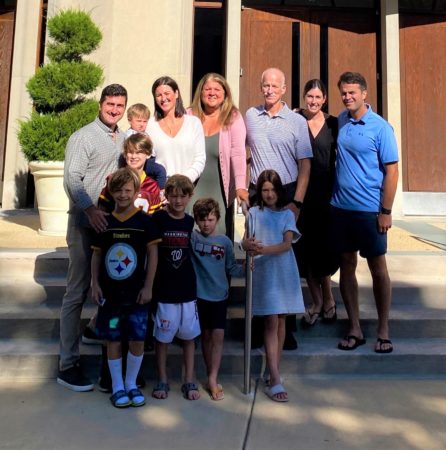 Marcia and others at the event, held outside Catholic Charities and St. Patrick Catholic Church along G Street, were excited as they awaited the arrival of Pope Francis, whose visit was part of his historic 2015 journey to the United States. Marcia hoped that Jeffrey would have a chance to meet the pope. She was delighted when the Holy Father approached Jeffrey and blessed him. She was surprised when Pope Francis then turned and shook her hand.

“I wasn’t expecting that at all,” Marcia says. Her husband, John Shooshan, who also was at the breakfast, says he wasn’t surprised by his wife’s reaction. “She’s the one who’s always helping other people,” he says. In turn, Marcia says that John’s philanthropy, which is made possible by his success in business, has enabled him to help countless people in need over the years.

Together they are longtime Catholic Charities supporters whose generosity is an expression of their faith. “The sense of grace and satisfaction that comes with volunteering or providing financial support is immense,” says Marcia.

The Shooshans contributed to the recent fundraising campaign and provided financial support for COVID relief when so many in the D.C. area lost their jobs and homes during the pandemic. Regular sponsors of the annual gala, they are members of the Good Samaritan Society — those who have named Catholic Charities in their estate plans and wills — as well as the President’s Council, a network of supporters that offers guidance to President and CEO Msgr. John Enzler. 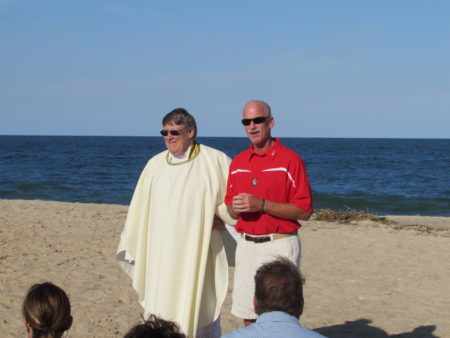 The couple have two children, Kelly and Kevin, who work with their father, and six grandchildren. Both Marcia and John were raised by parents who were always helping those in need — a way of life that the Shooshans have passed on to their children.

“Our greatest joy is seeing our parents’ legacy continue through Kelly and Kevin,” Marcia says. “Both of our children are active in their personal efforts to help those who are less fortunate.”

In addition to attending several of the galas with her parents, Kelly volunteered at a holiday event for the homeless and lent her expertise to a Catholic Charities construction project. Kevin has attended a gala event sponsored by the Enzler Society, a Catholic Charities group for young professionals.

Members of Little Flower Parish in Bethesda, the Shooshans donate to Catholic Charities because it’s “efficient and incredibly effective at getting resources to people who need it the most,” John says. “We couldn’t find a better way to invest our time and money.”

John says that when he talks to potential donors about philanthropy, he encourages them to read a book that has helped to shape his view of giving. Titled Managing God’s Money, the book draws, in part, on the wisdom of St. Augustine, who said, “Find out how much God has given you and from it take what you need; the remainder is needed by others.”

“When God has blessed you with what you need and even more, the challenge is to let go and trust in him,” says John. “God wants to see us take our hands off the wheel and realize that he has provided all these gifts. Are we willing to give them away during our lifetime? That to me was an epiphany.”