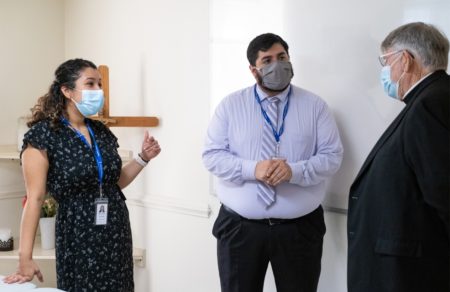 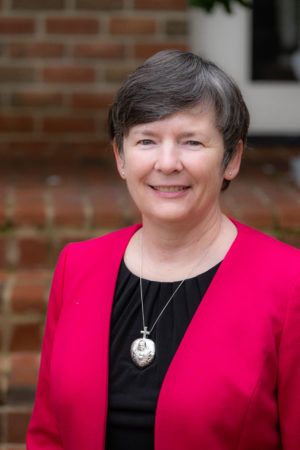 Sister Sharlet Ann Wagner, CSC, Executive Director
Sister Sharlet Ann Wagner has dedicated her time and experiences to ministry efforts, which have fueled her passion for connecting with strangers and helping those less fortunate. Sister Sharlet is a lawyer who has worked on immigration issues in California and Utah. She has provided pro bono immigration services at various detention centers and worked with detention personnel to establish services guidelines. In the 1990s, she completed a summer internship with Catholic Charities’ Immigration Legal Services. This experience was a defining moment in her decision to pursue immigration law and actively advocate for the treatment of migrants and refugees. In her previous role with the Congregation of the Sisters of the Holy Cross, she served as a co-director of the congregation’s International Leadership Development Program and was a liaison to Holy Cross Sisters in the African region. As executive director of Newcomer Network, Sister Sharlet provides strategic leadership on service and practices, oversees a collaboration of services with other Catholic Charities programs and partners, and manages operations and staff. 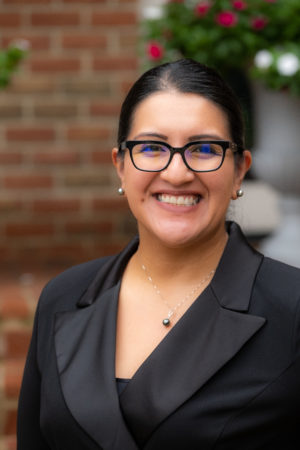 Jenny Cachaya, Navigators Manager
As the navigator program manager for the Newcomer Network, Cachaya oversees the holistic, trauma-informed case management initiatives for newcomer families and the Newcomer Intake Call Center, which she helped design and launch. She has served immigrant families at Catholic Charities for the past 11 years. In 2020, she earned her master’s degree in social work from The Catholic University of America, where was named a Pope Francis Scholar. She was first drawn to helping vulnerable children after graduating with a bachelor’s degree in California. She served as a court appointed special advocate for children in foster care in the San Joaquin Valley. Later, in a role as coordinator for the Legal Orientation Program for Custodians of unaccompanied minors with Catholic Charities’ Immigration Legal Service, Cachaya designed and led a pro se asylum workshop project for unaccompanied youth. As a fully accredited DOJ legal representative, she provided immigration advice and representation to hundreds of clients before the U.S. Citizenship and Immigration Services, the U.S. Department of State, and the U.S. Department of Justice Immigration Courts. 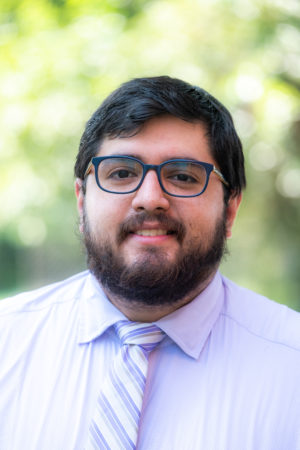 Juan Aznaran, Partnerships Manager
Juan Aznaran’s true passion is creating and building strong relationships within the community and making a difference. During his time as an undergraduate student at the Catholic University of America in Washington, D.C., he devoted his time as a student minister and shared his faith with others. Aznaran worked with other student ministers and helped to create and run programs that successfully allowed them to engage with the university’s students. Upon graduating, he began working as a regional coordinator of youth ministry with the Roman Catholic Archdiocese of Washington. He worked hands on with pastors, youth ministers and religious education directors to promote a lifelong formation with faith in youth. He also developed youth ministry programs that focused on working with other organizations to bridge the gap and better serve multicultural communities. In his role as partnerships manager of Newcomer Network, Aznaran develops and manages parish and community partnerships, which work collaboratively with Catholic Charities to identify clients and provide them with services.

Jacqueline Rishty, director, Immigration Legal Services
A graduate of Brooklyn Law School, Rishty has served the immigrant community as a Catholic Charities Immigration Legal Services attorney since 1990. She has represented clients in matters ranging from asylum to citizenship and has advocated for their rights in various forums including testifying before Congress in 2000 in support of HR 3083, the “Battered Immigrant Women Protection Act of 1999.” Rishty has organized and run citizenship workshops, Know Your Rights Presentations, and consultation clinics.  In recognition of her service, she was presented with the Griffin Award by Catholic Charities.  Before obtaining her law degree, Rishty gained immigration experience as an intern at both the United Nations High Commissioner for Refugees and The U.S. Immigration & Naturalization Service (now known as USCIS). She is a member of the New York Bar. For more about the Immigration Legal Service and its staff, visit its web page.